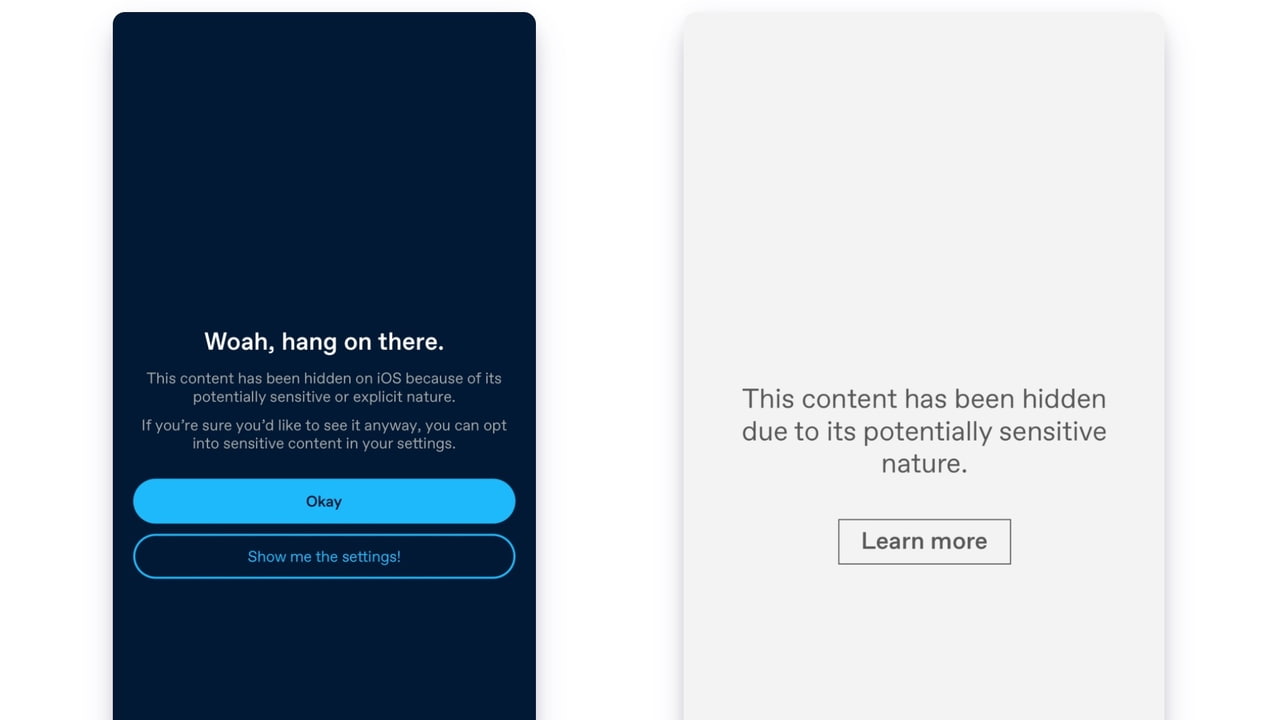 Tumblr has updated its app with a 'Hide Sensitive Content' toggle on iOS in an attempt to comply with Apple's App Store Guidelines. This comes after the company was forced to block nearly 450 words from its app in order to remain on the App Store.
Sensitive content is hidden by default in the Tumblr app for iOS. Beginning in version 22.5.2, if you're over 18, you can disable the 'Hide Sensitive Content' toggle in your account settings.
When sensitive content is hidden, you'll see overlays when attempting to view content that could be considered sensitive.

Anker Wireless Chargers On Sale for Up to 40% Off [Deal]