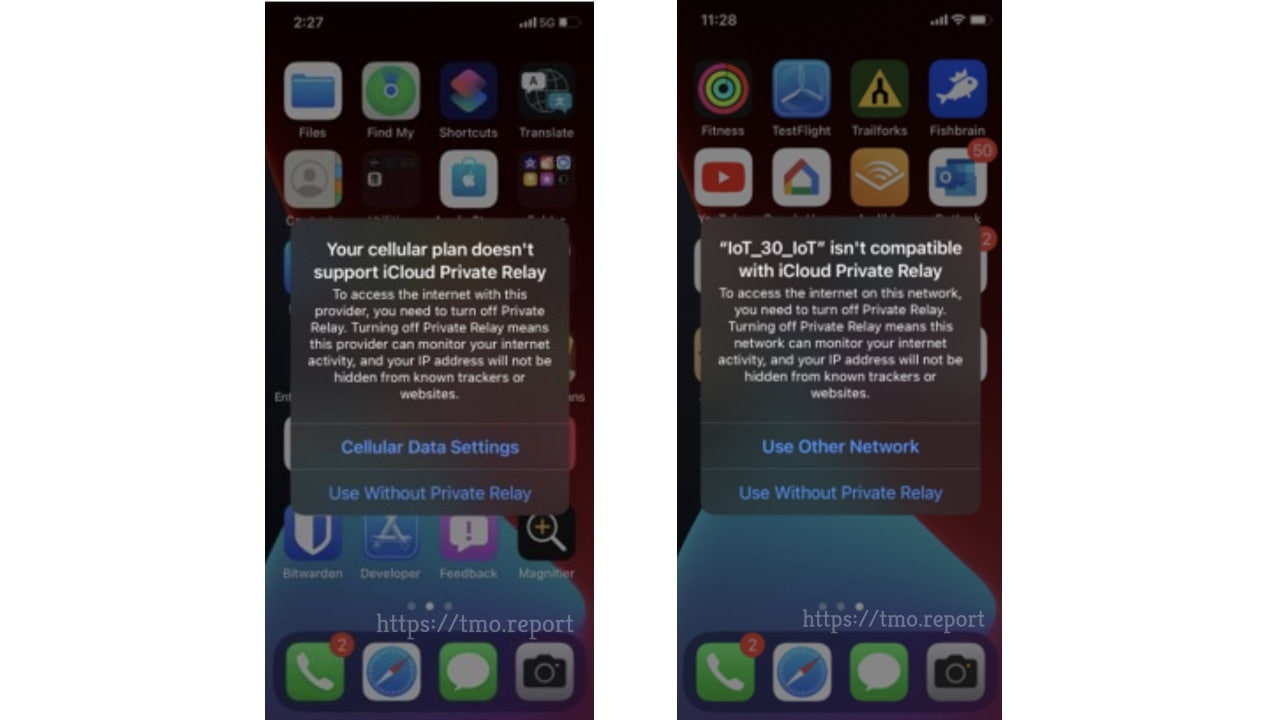 T-Mobile is blocking iCloud Private Relay for some users due to a conflict with its own content filtering services, reports tmo.report.
Following a report from the Telegraph today that EU operators were seeking to have iCloud Private Relay banned, some T-Mobile users in the U.S. discovered that the feature was blocked on their devices. It now appears this is due to an incompatibility with services that users may have on their account, rather than a deliberate block.