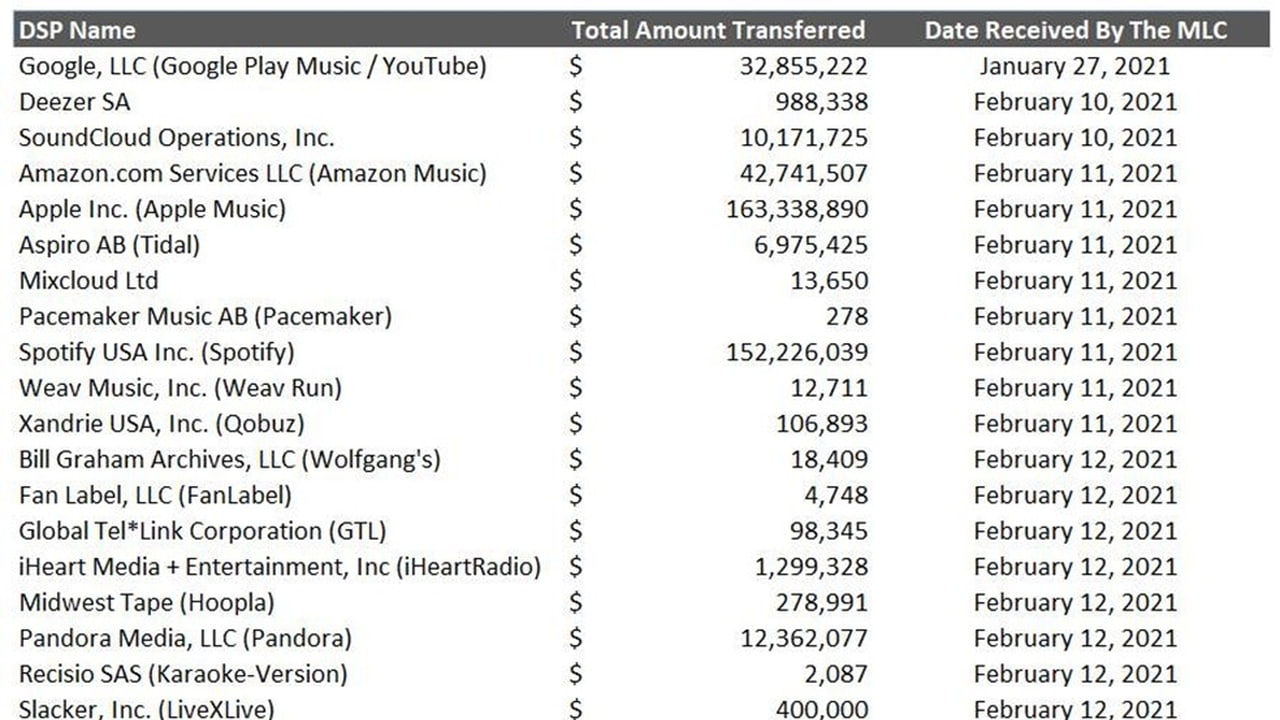 Apple has paid the Mechanical Licensing Collective $162.3 million in historical unmatched royalties for Apple Music, the most of any digital service provider. In total, the MLC has received $424 million from twenty DSPs, as well as data reports that identify usage related to the royalties.
Under 2018 Music Modernization Act, the MLC has been tasked with distributing royalties for digital streams where a music service was unable to determine the composition's owners. MMA requires DSPs to transfer to the MLC by February 15, 2021 all accrued royalties for unmatched uses of musical works that occurred prior to January 1, 2021 as one of the conditions of eligibility for a specified limitation on liability for prior infringements.
A total of 20 DSPs separately transferred accrued historical unmatched royalties to The MLC as required in order for them to seek the MMA’s limitation on liability for past infringement. In addition to the accrued unmatched royalties transferred to The MLC, the DSPs concerned also delivered more than 1,800 data files, which contain in excess of 1.3 terabytes and nine billion lines of data.